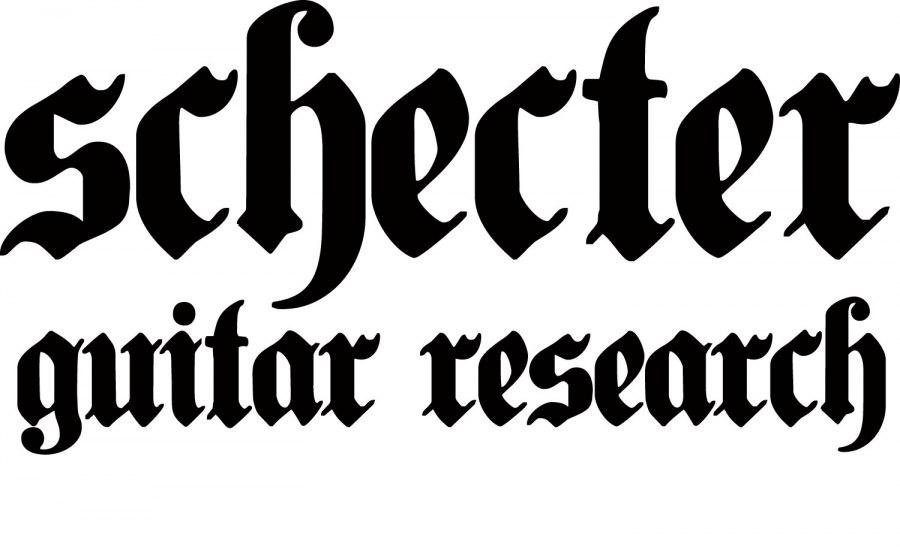 Schecter Guitar Research, commonly known simply as Schecter, is a US guitar, bass and amplifier manufacturer. The company was founded in 1976 by David Schecter and originally produced only replacement parts for existing guitars from manufacturers such as Fender and Gibson.[1] Today, the company mass-produces its own line of electric guitars, bass guitars, and steel-string acoustic guitars, and offers hand-built custom instruments and a small line of guitar amplifiers

In 1979, Schecter offered, for the first time, its own fully assembled electric guitars. These guitars were custom shop models based on Fender designs. They were considered of very high quality and expensive, and were sold only by twenty retailers across the United States.[1]

By 1983, Schecter had reached its custom shop production limit and could no longer meet demand. That year, the company was purchased by a group of Texas investors who wanted to build upon Schecter's reputation for quality.[1] The investors moved the company to Dallas, Texas, where they produced above-par quality guitars using both imported parts and Schecter parts under the Schecter name for less than five years.

All guitars have the "lawsuit" peg heads (two small marks on back of headstocks). Schecter was still using Stratocaster and Telecaster headstocks, which Fender had allowed when they were a parts company. It appears this lawsuit may have[vague] essentially led to their closing in late 1986 to early 1987. The current owners purchased the name in late 1987.

In 1987, the Texas investors sold the company to Hisatake Shibuya, a Japanese entrepreneur who also owned the Musicians Institute in Hollywood and ESP Guitars (To this day, Schecter Guitar Research and ESP Guitars have remained separate entities).[1] Shibuya moved the company back to California and returned Schecter to its custom shop roots, devoting all its efforts to manufacturing high-end, expensive custom instruments.

Schecter guitars were once again only available from a few retailers, one of them being Sunset Custom Guitars in Hollywood, which Hisatake Shibuya also owned. Sunset Custom Guitars happened to be the place where Michael Ciravolo, the future president of Schecter Guitar Research, worked. During 1994/1995 Schecter managed to sign other famous endorsee, Swedish guitarist John Norum.

In 1995, Schecter introduced the highly sought-after 'S Series' guitars and basses, which were Fender-style instruments. In 1996, Hisatake Shibuya asked Michael Ciravolo to become Schecter's president and run the company. Michael Ciravolo, an experienced musician, brought to the company many well-known musicians as endorsees. These included Robert DeLeo of Stone Temple Pilots, Jay Noel Yuenger and Sean Yseult of White Zombie, and Xavier Rhone of Carbon Nation.

Michael Ciravolo never really liked Fender designs, so he sought to distance the company from its past Fender-style models.[1] Toward that end, he added the Avenger, Hellcat, "Hollywood Classic CT" and Tempest models to the Schecter catalog. He also wanted to reach a new generation of musicians he felt were ignored by most major guitar manufacturers. Yet, at this point, the company was only producing expensive, custom shop models with a return to exceptional quality not seen since the early custom shop days under Dave Schecter. (Schecter's maximum output was forty guitars a month -all custom made.)[1] To realize his vision, Ciravolo began searching for a factory that could mass-produce Schecter guitars while maintaining high quality standards while maintaining production in the USA Custom shop. As a result of the low production and focus on quality, the USA custom models from this era (1996-2000) are some of the most sought after among guitar collectors.

Michael Ciravolo met with several Asian guitar manufacturers at the Tokyo Music Festival and subsequently decided on a factory in Incheon, South Korea. (Though not known for sure, this location could be the electric guitar factory of World Musical Instrument co. Ltd.) Schecter's guitars were built in the South Korea factory and shipped to the U.S., where they were set up in a Schecter shop. At the 1998 summer NAMM show, with the addition of now Executive Vice President Marc LaCorte, Schecter introduced the Diamond Series, which included six affordably priced non-custom guitars. The line included an affordable seven-string guitar, the A-7, to the market when none were previously available

In 2000, Schecter introduced the now legendary 'C-1, which was debuted by Jerry Horton in Papa Roach's "Last Resort" music video. The Diamond Series is still in production to this day.

In 2012, it was announced that Schecter expanded their custom shop, adding 14,000 square feet to the facility. Later the same year, Schecter announced a new line of USA-built guitars that would bring the company back to its "roots". This included the acquisition of several CNC machines from Haas Automation and a new 1,500 square feet spray booth. The new line would be called the "USA Production Series." These guitars were officially debuted at the 2013 Winter NAMM show. Schecter also announced a new line of hand-wound electric guitar and bass pickups, that would be available on USA Production and custom shop models, and possibly will be available for purchase in 2013.

Along with the announcement of the USA Production Series, Schecter announced their introduction into the amplification market. These new amps were designed in part with well-known amplifier designer James Brown, known for designing the Peavey 5150 amplifier with Eddie Van Halen, and his line of effect pedals under the Amptweaker name. The amps first announced were the Hellraiser USA 100, Hellraiser Stage 100, Hellwin USA 100, and Hellwin Stage 100. The USA versions are built in Schecter's USA custom shop, while the Stage series is built overseas. The Hellwin is the signature amp for Avenged Sevenfold guitarist Synyster Gates, who helped design the head with James Brown. Both amps use EL34 power tubes, an on-board noise gate, a passive and active input that compensate for the output difference by changing the circuit instead of reducing output, and a "Focus" control that adjusts the low end response. The main difference between the Hellwin and the Hellraiser is the Hellwin's use of MIDI to control the amp. The Hellwin is also a three-channel amp, as opposed to the Hellraiser's two-channel design. Schecter also introduced a line of speaker cabinets, one featuring a 200W sub-woofer called the "Depth Charge", that would increase the cabinet's bass response. These amps were debuted, along with the USA Production Line, at Winter NAMM 2013.

Although there are a large variety of models available in the Diamond range, many are 'mixed and matched' parts from different Schecter guitars. For example, all "Omen", "C", "Hellraiser" and "Damien" basses have the same body shape, although some have set necks rather than bolt on necks, different finish colors, and different woods. However, Schecter produces many different guitars from a smaller number of core parts. This mix and match culture has the benefit of allowing guitarists to find a Schecter to fit their exact requirements, but negatively gives less of a 'core product' range as shown by Gibson Guitars who only have a small range of guitars available.

Some of the best known guitars made by Schecter are the 'C Series' in various configurations such as the "Hellraiser" and "Blackjack" models, and the S Series, which included the S-1 Elite (double cut) guitars, which resembled Gibson's Les Paul Double Cut and double cut Melody Maker—and the S-1 (a less fancy version of the S-1 Elite). The 'Elite' versions of Schecter's mass-produced instruments often include an arched top, abalone binding, a bound fretboard and a bound headstock with a finish matched to the body. Despite the decorative features, these instruments remained affordable and of reasonable quality. Pickups on many mass-produced Schecter models are almost always 'Duncan Designed' humbuckers (double coil pickups based on Seymour Duncan's pickup specifications), usually with a 'push-pull' coil splitter control that splits the full humbucker pickup sound into the sharper tone of a single coil pickup.

Schecter targeted specific market segments with occasional limited runs of its mass-produced guitar models in novelty finishes. The 'Aviation Series', which appeared around 2006 and ran for about a year, equipped certain mass-produced model bodies (the PT, Tempest, S-1, etc.) with World War II US (and British) aircraft colors and markings, and special pickup covers that look like cooling louvers.